Showing posts from September, 2017
Show all

It's that time of the year again! FALL  FLU SEASON!

I'm not sure how it's happened so early, but hubby has some how managed to get sick already.  Well, I guess it's not that surprising.  Baby John is in daycare and he carries the plague home to us probably on a daily basis.  Last week I started to feel a tickle in my throat and immediately reached for the Emergen-C (that stuff works, I swear!)  Was in a little bit of denial at first, and thought it was just some allergies, but it must've been some kind of bug because it hit the hubs full force on Friday night.
He sounded like crud and has been super congested.  So yesterday afternoon I made some chicken noodle soup.  I know, I know.  I deserve the wife/mommy-of-the-year award! Thank-you, thank-you! (that was total sarcasm; as the hubs pointed out yesterday, I'm sometimes not very nice).

Didn't have carrots on hand but lucked out and had everything in the house.  Bonus! No grocery trip!

How to Fancy Up Instant Ramen 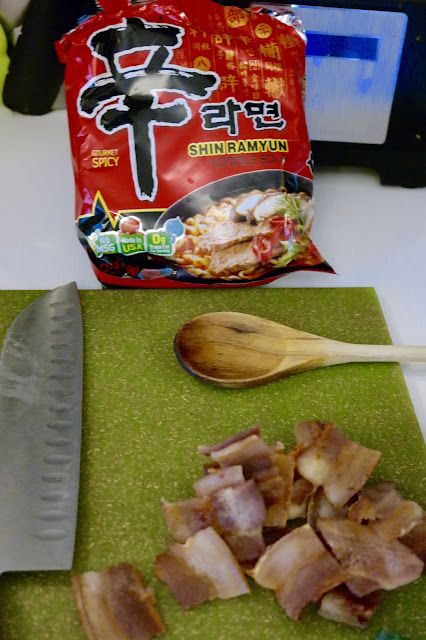 Sometimes you don't have time to plan dinner and so it's great to have some quick dinners on hand in the pantry.  Like boxed mac 'n cheese or better yet, ramen.  Although probably not the healthiest of choices, it;s quick and fulfilling and with some additions, can be a really great meal.  Here's how I usually fancy up ramen to make it more satisfying and filling.


Start with really good instant ramen.  Try to get one without MSG.  I like this Korean version because the noodles are nice and fat and juicy and it's really spicy and flavorful.  I would advice NOT using the whole spice package-it's really hot! And you can get it at HEB, or at least it's at my HEB. If you have some leftover chicken broth or vegetable broth, use it in place of water.  Otherwise water works just as well.

Throw some frozen or fresh veggies in along with the noodles while you're boiling them.  I like to use fresh spinach or frozen green peas or frozen cornAdd some protein.  If I hav…
Post a Comment
Read more
More posts 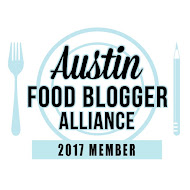